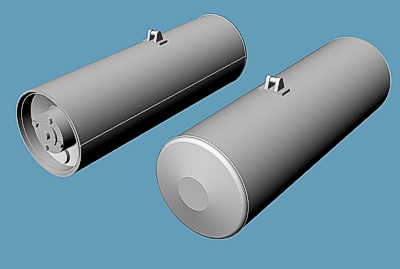 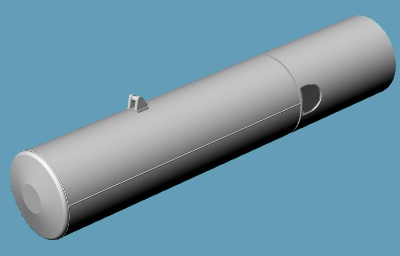 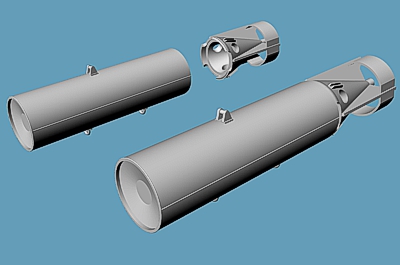 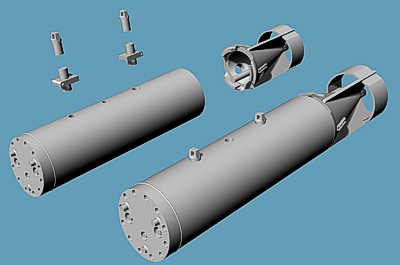 The standard RAF and FAA air dropped anti submarine depth charge during WWII, these were used on many types of aircraft, including Swordfish, Hudson, Sunderland, Flying Fortress, Liberator and Albacore. The earlier Mk VIII had a slightly domed nose and plain cylindrical tail. The later Mk XI had a dished nose which improved its delivery into the water, and a more complex tail designed to break off on impact, so the charge could sink more quickly to attack its target. Both types were sometimes fitted with an extra pair of lugs so they could be carried on US manufactured aircraft which had a different bomb release mechanism.
The Post War Mark 11 Depth Charge has a sinker weight attached to the nose, modern suspension lugs and other improvements. Often seen on RN Lynx and Wessex helicopters. 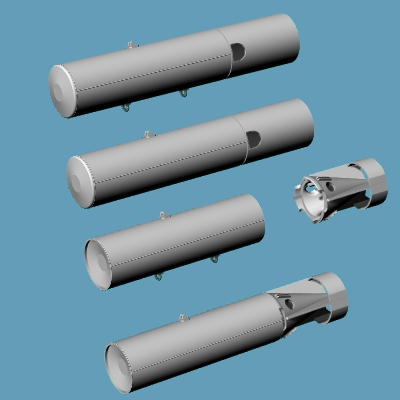 To order, please e-mail with your requirements and delivery address details,  and I will send a PayPal invoice with the total prices plus postage, which will 'at cost' to you, 1st Class UK/BFPO, tracked or Airmail elsewhere.